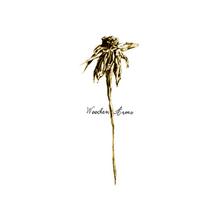 "Your money or your life." The choice traditionally presented by the highwayman is supposed to have only one sensible answer. Money is, after all, no use to a corpse. Yet economists often study something rather like the highwayman's offer in an attempt to uncover the answer to an important question: how much is your life actually worth?

Like many awkward questions, this is one that has to be answered. Safety regulations save lives but also raise the cost of doing business, a cost we all pay through higher prices. Are they worth it? Our taxes pay for life-saving spending on road safety and fire fighting. Are they high enough, or too high?

So how much are we willing to spend to save a life? A traditional planner's approach used to be to measure the value of wages lost due to death or injury. That's dreadful: it confuses what I think my life is worth with what my boss thinks my life is worth.

So an alternative is to ask people how much they would pay for a safer car or kitchen cleaner. But such surveys do not always produce sensible results. Our answers depend on whether we're being offered a safer ?10 household cleaner and then asked if we want the more dangerous ?5 version, or whether we're offered the ? 5 brand and then asked if we'll pay ?10 for the safer product. People often answer "no" to both questions, contradicting themselves. These inconsistencies mean that we're either irrational or lying to pollsters , and perhaps both.

Economists therefore tend to prefer observing real choices. If you're willing to cross a busy street to pick up a 20 note, the economist who put it there can infer something about your willingness to accept risk. More orthodox approaches look at career choices: if you're willing to be a lumberjack , part of that decision is to accept risk in exchange for financial reward.

Being a soldier is risky; so is being a drug-dealer or prostitute. The difficulty, evidently, is to disentangle the health risk and the financial reward from all the other motivations to choose a particular way of life. That isn't easy but economists try.

World Bank economist Paul Gertler and his colleagues reckoned that Mexican prostitutes valued their lives at about $50,000 per year, based on willingness to take money not to use condoms. At five times their annual earnings, that's a similar figure to workers accepting risky jobs in rich countries.

Steve Freakonomics Levitt and sociologist Sudhir Venkatesh calculated that Chicago drug dealers seemed to value their entire lives at $50,000 to $100,000 - low indeed, even for poor young men whose career choice indicates a taste for risks.

Whatever the frailties of these calculations, they are the best we have. And far from cheapeningOutsourcing payroll life, this sort of research often highlights just how valuable our safer, healthier modern lives really are. Kevin Murphy of the Chicago Graduate School of Business recently visited London to present his research on the value of health improvements in the US since 1970. They're vast - about $10 trillion in today's money. Looking further back, if you had to choose between the material progress of the 20th century and the improvements in health, it would be a toss-up. The health gains are as valuable as everything else put together. Encouragingly, health in most developing countries has improved faster than in rich ones, suggesting that global inequality is falling.

And a more personal piece of good news: Murphy reckons the delicious cheeseburger I ate before interviewing him only cost me 1 worth of health.